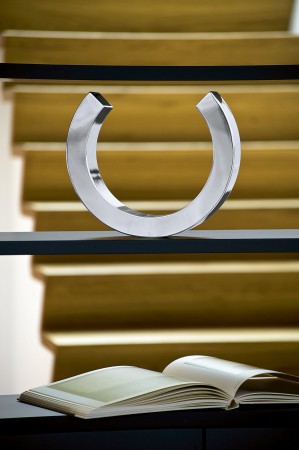 The beginning and end

This special vase represents omega, the last letter of the Greek alphabet that is often used to represent the end of something. In this case, the OMEGA vase does much more, as it renders flowers and blossoming twigs an extraordinary appearance that ultimately becomes perpendicular.  New perspectives are set, depending on whether flowers are inserted in one or both openings of the vase.