We are here for you.

As a small gift for Easter we recommend our Marti Rabbit. 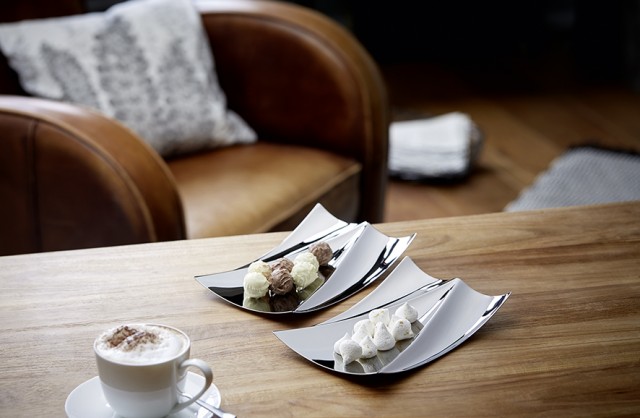 Its Hamburg’s new maritime landmark, the Elbe Philharmonic Hall, also lovingly called “Elphi” by the residents and fans. The most striking characteristic is its curved roof, as it imitates a wave motion. And as such, it is no coincidence that both ELBHARMONIE candy dishes have these patterns skillfully included in their look, and represent a beautiful reminiscence to the architectural masterpiece. Like a well-rehearsed orchestra, they are perfectly coordinated, and both highly polished dishes made of stainless steel excitedly look forward to their first performance. Even in an individual performance, they are most convincing with a conspicuously elegant curve that recreates the soft motion of a wave. But only when they play together, do they prove their true strength: They can be arbitrarily set behind or next to each other in different variations, and become one large dish. By setting several sets together in a row, an impressing picture appears on a long, set table; particularly when they are filled with nuts, blossoms or spices offering a magnificent play of colors.